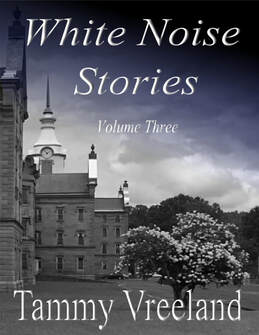 White Noise Stories
Volume Three
By:  Tammy Vreeland
Lauren has finally arrived at her destination called madness. She finds herself in a run-down decrepit old Sanitorium. How she got there, Lauren does not know. In fact, she barely remembers her name! All of her memories are gone.

The therapy they are using on Lauren is called exposure therapy. Where they expose Lauren to her greatest fear, white noise! All in hopes Lauren's fear will trigger her memories.

Lauren is forced to listen to 13 stories introduced to her through white noise. Each story, Lauren, becomes part of the story. Feeling the pain the stories reveal. Why is she so connected to the ones telling the stories?

All while having to deal with a sadistic nurse and doctor who seems to not have her best interests in mind! While at times therapy seems to be working, Lauren can't help but feel there is something more sinister going on!

However, with no one on the outside knowing who she is, it is up to Lauren, and the other patients to try to figure it out before it is too late!

​Scars-  A women plagued with unbelievable pain tries to self diagnosis only to find out some scars run deeper than you may ever know!

Dream Demon -  A soldier overseas during Desert Storm comes back with more than ptsd.

Not Myself - How would you react if you woke up in someone else's body?

Oasis -  A farmer and his wife discover a strange sinkhole in their field, filled with dark water. Realizing it has a calming effect, they decide to invite troubled people to their new oasis.

Evil Eye - An ex-husband obsessed with his ex-wife explores a way to cast an evil eye on social media.

Mother May I - A mother and daughter who love to play games, is able to take it to the next level.

Commonality -  A new research being tested on the concept of having commonality with a program that helps disabled perform simple tasks.

Ghost Pain -  After losing a limb, there can be a sensation of feeling they call ghost pain. One young woman, having a hard time dealing with the loss of her arm, refuses to believe the feeling is not real.

Soul Gone Sour -  Ever since she could remember, people including her family, seemed as if they were repelled by her. Is there something physically wrong with her? Or, has her soul gone sour?

Siren -  Coming to age for a young girl can be difficult. Add the possibility of becoming a siren, even worse!

Neverland -  A magical place in a beloved children's story. However, perhaps it was named Neverland not to never grow up but to never go there!

Dreamer -  A gamer who finds herself alone in a hospital that is full of zombies.

Sanitorium -  A doctor and nurse team up to further the doctor's research on how fear increases adrenaline which in turn could help others.

​White Noise Stories - Volume Three took me 4 years to write. I started writing it right before we found out my husband has stage 4 colon cancer. Needless to say, that prognosis led us to re-evaluate our lives.

Throughout those years, we concentrated spending more time together. Vacationing and doing events. During one event, a Renaissance Fair, we were King and Queen. Which led me to write a children's book, Unseen Beauty, to read at the fair.

In turn, it took him and I on a crazy little adventure with him in a pink unicorn costume to promote my children's book. I also did readings for the kids at the Goddard Schools. I proceeded to expand it into a series of 6 books. During that time my husband became clear and we looked forward to the future.

I then started writing a monthly article, Tammy's Tidbits, for the Central NY Women Magazine as well as Rochester Women Magazine. My time was being stretched but I continued to write WN3.

Then Covid hit and well, we all know how difficult that was. All our events were taken away. We were isolated. Work slowed immensely. I admit, I was too depressed to even think about writing.

Events then started up again. We were beginning to get back into the swing of things. I even picked up a third magazine article for Poisonous Pinups. Plus, I was getting close to finishing WN3.

Then my husband's cancer came back. Being so close to finishing, I wanted to get WN3 done before he went back on treatment. I succeeded. I do have hopes for a WN4 and hope to start on it soon. I'm just not sure what more life is going to throw at me.

Until then, I hope you enjoy White Noise - Volume 3. I'm sorry it took so long but hopefully it was worth it. I did enjoy writing it, the story was always within me to let it out.

​Honestly, I had always planned on WN3 being the last in the series. It was going to be my trilogy I had never written. However, just recently I had an idea that would work for the continuation of the series. One I am very excited about and am hoping I will be able to release it into the world soon. 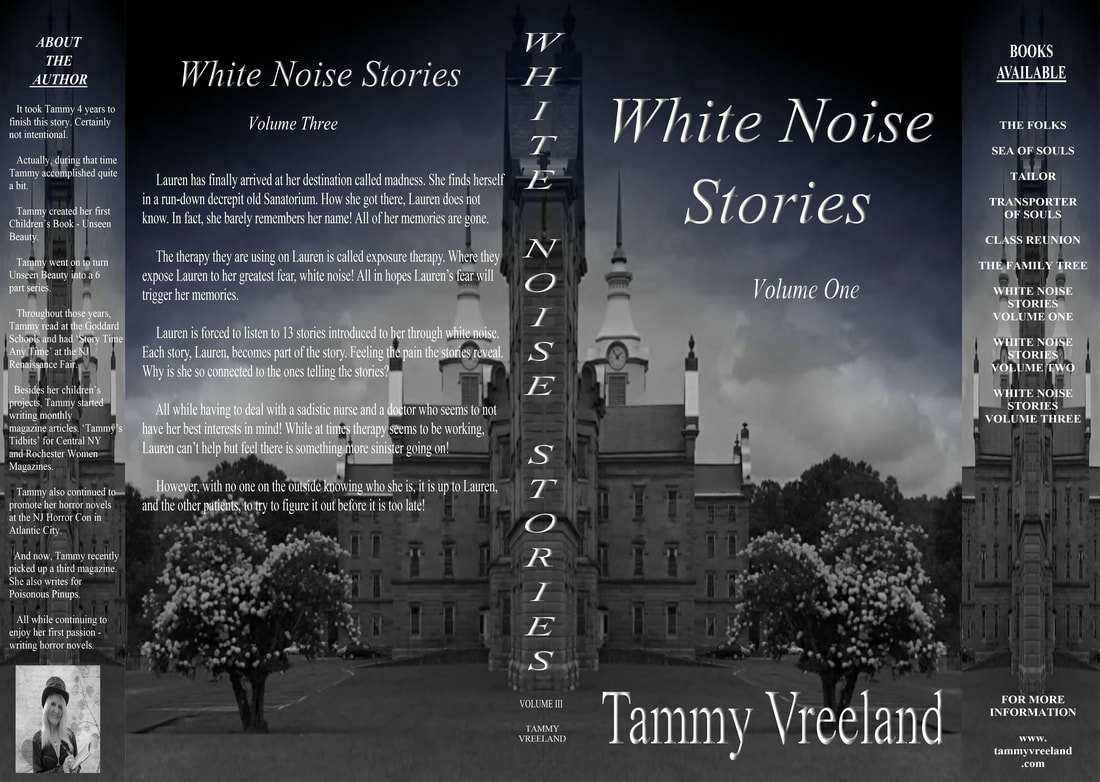